A mark of success for many is feeling content. There’s innumerable reasons that we don’t feel that way, from wanting to have something or needing to be someone, and there is much to be said on overcoming those dissatisfactions and just… breathing easy.

But! I have discovered recently that contentment can breed complacency – or at least, my particular brand of contentment does.

I’ve been studying Japanese for a good seven years at this point, and learning it properly for about five. I live here. I can be myself in Japanese – that is to say, I can express my thoughts and opinions, exercise my own sense of humor, and advocate for myself. Sure, I still see words I can’t read or miss something a coworker says, and until recently, I thought those daily “what was that?” moments were staving off complacency. Quite the contrary! Turns out you can be complacent with not knowing, or with pretending you now know a new word because you looked it up and then didn’t save it. I wasn’t doing anything new anymore. I was no longer a beginner. Until I started something completely different.

See, about a month ago I started taking weekly Korean classes offered by a nearby Korean heritage organization. They’re taught entirely in Japanese, of course, so that’s one challenge already. But as anyone who’s ever learned a new writing system (e.g. me) can tell you, it takes time to read correctly and even more to read fluently. Understanding spoken Korean is a different skill entirely.

A recent study session wasn’t going well. I was at my living room table, on my tenth replay of an audio track at full natural speed (yaaay language textbook audio) that just wasn’t making sense to me. Out of nowhere came a surge of self-doubt, tossing me about in questions like, “Can I really do this?”, “Why am I studying this?”, and “I’m in over my head!” I was trying to catch words and type them into an online dictionary, but nothing was making sense! There’s no way this guy is saying “Jack”! I had to step away and drink some cold water.

I’m not used to not being good at things. Where once I would have said this with indignance, now there’s a twinge of embarrassment, scratching the back of my neck and glancing at my shoes. I’m still not used to it. I was always that smart kid in class, you know the one. So most things came – come – very easily to me. And it turns out getting unreasonably irritated when you can’t do things at first sniff is a very hard habit to break, especially once you’ve settled into the little desire paths of daily life. And I think when one’s contentment is hard-fought, like finding solace in a foreign country or a foreign body, it feels so fragile. You get overprotective of your peace.

I don’t think contentment and being challenged are at all mutually exclusive. We can learn and grow in new directions and even prune some old, familiar branches in the process, emerging even more thoroughly Me. For me, the challenge is in being unbothered when the growing gets tough, or slow, or misshapen. Especially for languages, having a goal in mind can help keep your eyes on the path ahead rather than the rocks below. My goal is to get more in touch with my Korean roots here in Japan and, one day, in Korea, through language.

Thinking of that goal, I called my mom to complain about my studies. I think I was borderline hysterical out of both intense frustration and an understanding that mild irritation would be just fine. Graceful as ever, my mom agreed (“Yeah, it’s so hard to kikitori, all the sounds are mixed together.") and encouraged (“I can’t wait until you catch up and we can study together!") me until I had calmed down. I went back the next day and did all right. He wasn’t saying “Jack,” but “book.” A new word for the flashcards.

But even so, I was more than a little perturbed. How quickly my years of progress had evaporated. How seemingly instantaneous my thoughts of “Man, I get how my students feel now” had twisted into “There must be something wrong with me”! It freaked me out a little bit. I guess being a beginner, like everything else in this world, takes practice.

printing that makes you go hmm 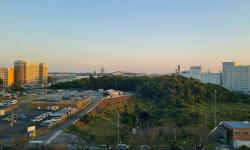